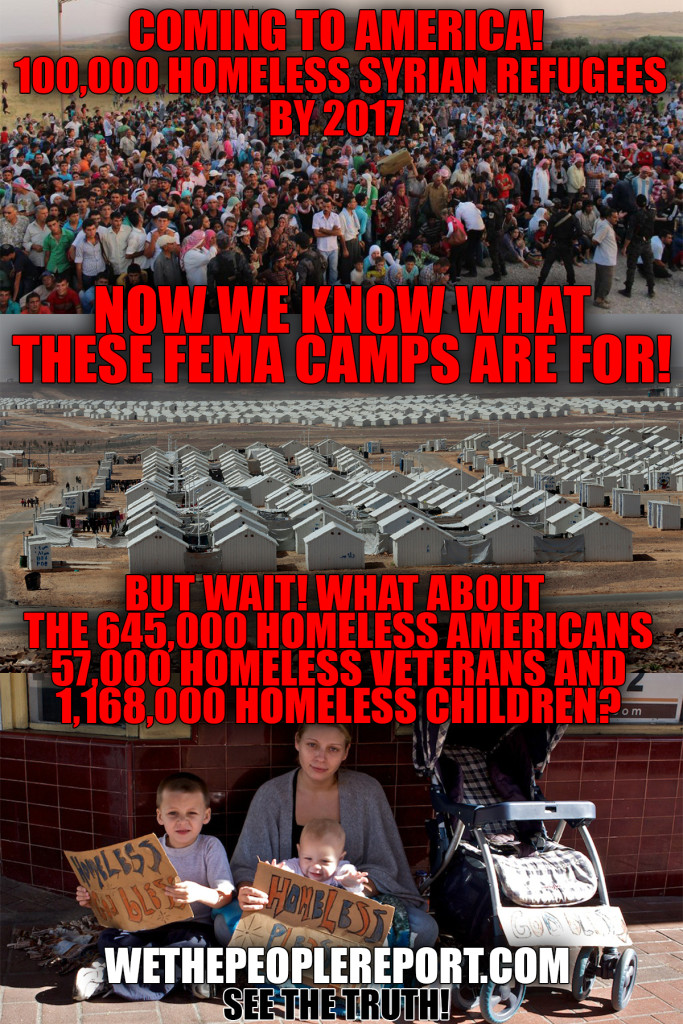 The migrants would be referred by the United Nations, screened by the U.S. Department of Homeland Security and RESETTLED around America.

According to Bill H.R. 2798 they are going to integrate them as citizens into our country. “Authorizes the Office to award grants to community-based organizations, nonprofit organizations, and resettlement agencies for programs to assist newcomers integrate into U.S. civic life.”

Kerry made the announcement Sunday during a visit to Berlin after meeting with German Foreign Minister Frank-Walter Steinmeier to discuss the mass migration of Syrians fleeing their civil war.

Kerry’s announcement came amid a growing call for the U.S. to do more to relief the escalating crisis. Democratic presidential hopeful Hillary Clinton said Sunday on CBS News’ “Face the Nation” that as many as 65,000 Syrian refugees should be taken in.

“We’re facing the worst refugee crisis since the end of World War II, and I think the United States has to do more,” the former secretary of State said on CBS’ “Face the Nation” on Sunday. “I would like to see us move from what is a good start with 10,000 to 65,000 and begin immediately to put into place the mechanisms for vetting the people that we would take in.”