In an unbelievable unprecedented move the Obama Administration has pivoted in it’s foreign policy in regards to Israel. Zionist Evangelicals and traitors loyal to Netanyahu and Israel are infuriated over this landmark veto decision, taking to social networks to voice their collective outrage.

I intend to recommend to the Trump Administration and new Congress the US suspend UN funding until this #Israel resolution is repealed.

Below is a statement by Israel's Prime Minister Office. pic.twitter.com/c13mRAu3Lt

The UN Security Council on Friday passed a resolution demanding that Israel halt building settlements on occupied Palestinian territory, a move that was permitted by the US’s abstention. The resolution, put forward by by New Zealand, Malaysia, Venezuela, and Senegal, passed with 14 members of the council voting in favor. The US abstained, refusing to use its power as a sitting member of the Security Council to veto. In doing so, the Obama administration defied pressure from US President-elect Donald Trump, along with bipartisan members of Congress.

The resolution says that Israeli settlements in Palestinian territories have “no legal validity” and constitute a “flagrant violation under international law.” The settlements are a “major obstacle to the achievement of the two-State (sic) solution,” and a, “just, lasting and comprehensive peace,” the resolution says.

Members of the council clapped and cheered as the vote passed. It was the first time in 36 years the UN adopted a resolution on Israeli settlements.

Israel strongly condemned what it called a “shameful anti-Israel” resolution and said it would not abide by its terms. In a statement, Prime Minister Benjamin Netanyahu’s office also accused the US of being complicit in the UN effort.

“The Obama administration not only failed to protect Israel against this gang-up at the UN, it colluded with it behind the scenes,” the statement read. It said it looked forward to “working with President-elect Trump and with all our friends in Congress, Republicans and Democrats alike.”

Bipartisan members of Congress had denounced the resolution leading up to its passage. Sen. Lindsey Graham, a Republican from South Carolina, called it a “provocative action,” that “must be dealt with sternly and forcefully.”

Graham said he would work to form a bipartisan coalition to “suspend or significantly reduce United States assistance to the United Nations.”

Sen. Tom Cotton, a Republican from Arkansas said in a statement that “President Obama is personally responsible for this anti-Israel resolution.”

“This resolution hurts the prospects for a secure and just peace by targeting Israel for building homes in Jerusalem, its own capital, while not specifically addressing Palestinian incitement of and financial support for terrorism,” he said. 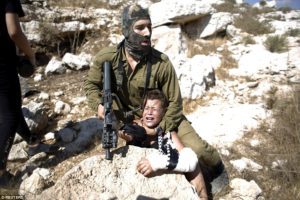 Samantha Power, the US ambassador to the UN, told the Security Council that the US would not have let the resolution pass if it didn’t address “counterproductive” measures by Palestinians to the peace process.

Power noted that Israel continues to be “treated differently,” than other UN member states.

“You cannot separate the venue from the vote,” she said.

The passage of the resolution comes near the end of an often contentious relationship between Obama and Netanyahu.

Trump also urged the Obama administration to veto the resolution, though a group of temporary Security Council members picked up the resolution on drove it to a vote on Friday.