After decades of silence, Israel has moved to bring some closure to the hundreds of parents whose children went missing under mysterious circumstances. Some argue the database on the so-called “Yemenite Children Affair” has only been partially declassified. 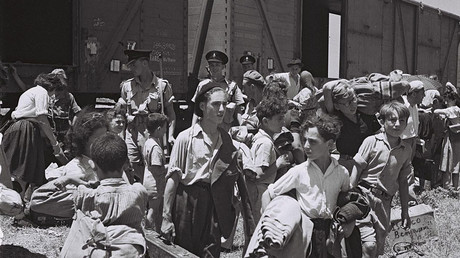 The 210,000 pages of declassified documents come as a result of three probes into the mysterious disappearances, which date back to the 1950s.

More than 1,000 families – mostly from the Middle East and North Africa, but also from Balkan countries – had since reported their infants being systematically taken from Israeli hospitals, and put up for adoption. The claims never stood up, and the latest effort to investigate the Yemenite Children Affair in 2001 concluded that the children had either died or been buried with the hospital authorities failing to notify the parents.

“The government is now taking action for the first time. [This step] erases the feeling of an opaque and disconnected establishment,” Minister for Regional Cooperation Tzachi Hanegbi told Army Radio. Hanegbi was also the one appointed by Prime Minister Benjamin Netanyahu to lead the latest effort, which gave the green light for the release of 70 years of testimony and other evidence collected for the Israel State Archives.

“Today we right a historic wrong,” Netanyahu said, according to the Times of Israel. “For close to 60 years, people did not know the fate of their children, in a few minutes any person can access the pages containing all the information that the government of Israel has.”

READ MORE: ‘I still have nightmares’: 13yo girl shot 5 times by Israeli soldiers speaks to RT

The bodies of the children were never released to their parents. No other information, including place of burial, was made available, and multiple administrative mistakes have contributed to an atmosphere of all-out confusion in which the conspiracy had thrived.

Some of the parents received army draft notices for their child 18 years after their presumed death.

On Wednesday, a ceremony was held at Netanyahu’s office to mark the release.

Some critics, however, believe there is still more data that could be released on the matter. Nurit Koren, of Netanyahu’s Likud party, who chaired a task force on the Affair, told Army Radio today there were not 200,000 but 400,000 documents gathered over the years by the three probes.

She also pointed out that the documents only cover the period 1948-1954. Evidence, however, shows the disappearances continued way into the 1960s.

“We are obliged to give these families answers,” Koren said, urging the government to release the rest of the documents.

According to official information, the document database will only contain information for those families who had requested to be included in the initiative. Any others who had failed to do so can call the State Archives directly.

Meanwhile, Israeli news website Ynetnews ran a story with the reactions of relatives whose siblings went missing in hospitals, with many of them saying the information in the protocols released was neither complete, nor accurate. Some have accused the Israeli government of a deliberate “cover-up” and even of “mockery.”

“There is nothing new here,” said Yaakov Ben Aba from Rehovot, who lost five siblings between 1944 and 1953, and who believes they were kidnapped. “Opening the protocols to the public is mockery. It’s in order to keep covering up the affair. Instead of opening the adoption files, they are throwing a bone at us in the form of protocols that will not really get us closer to the truth.”

Several people interviewed pointed to inaccurate dates or details of their relatives’ illnesses and presumed deaths, even contradicting the state-released death certificates, while some suggested the “unreadable handwriting” of protocols was re-interpreted and even “beautified” for the release. Speaking of their deep mistrust for the state, several relatives vowed to continue trying to find out if their siblings were actually alive, in hopes of meeting them.