“Please put it in park.”

One of the nurses at the four-hour, drive-through flu shot clinic explained, “We’ve had people roll away.”

People getting flu shots are usually instructed, “Please roll up your sleeve.”

Brunswick, Florida | The 10 a.m. until 2 p.m. clinic in the Health Department parking lot was one of four in the Coastal Health District. They gave shots for seven hours in Savannah, two in Springfield and for four hours in Hinesville.

It started a little slowly, picked up a little around noon, but the day ended with a relatively low 26 vaccinations, district spokeswoman Sally Silbermann said.

It was nothing new for Al and Betty Elfer. A retired Marine, Al Elfer was a little impatient with the paperwork saying he figured in this computer-dominated age the health information would be available at the touch of a button. Betty Elfer patiently filled in the paperwork for both.

But it didn’t take long, and they never had to get out of their car or wait to hear there names called, they just drove from station to station. Like everyone who got a shot, they had to wait in park at the end to ensure they didn’t have a reaction to the vaccine.

Unlike at typical flu clinics, there were fire trucks and police cars standing by at the Glynn County Health Department because it had always been planned as an exercise to test response to a disaster in which massive public vaccinations were required.

Both the Glynn County and Brunswick police and fire departments had officers and equipment on the scene, and Glynn County Emergency Management Director Capt. Jay Wiggins was there.

Wiggins said the exercise is a good review of how departments would co-ordinate if there were a true public health emergency such as widespread exposure to anthrax.

Silberman said that flu vaccinations at health departments may be slow because of early availability from other sources.

“The drug chains get their flu vaccines in August and start offering the shots then,’’ Silbermann said.

Public health has always waited until the beginning of the season so that the effectiveness of the vaccination will still be high when the flu season peaks, she said. It takes two weeks for the shot to become effective.

There are, however, two schools of thought. Some physicians warn of “waning immunity’’ meaning that bodies could lose some of their ability to fight off the flu virus late in the season, such as March and April.

But others, the Centers for Disease Control and Prevention among them, say the best time to get the vaccine is as soon as its available. The CDC also pointed out there have been some early outbreaks in past years.

The latest CDC figures show that flu is sporadic in Georgia and Florida as with most of the nation. Massachusetts, Iowa, Oregon and Hawaii have shown regional outbreaks of the flu, a CDC map shows.

As we reported earlier in our report on National Mandatory Vaccination Bill Enters Congress,

the HR 2232 for Mandatory Vaccinations for all Children passed.

The next bill they will push though will be fore all Military Personal and then the rest of Americans citizens.

We are at a crossroads or turning point as we are getting closer and closer now to a Mandatory Vaccination Check Points that many in the conspiracy community have been warning about. 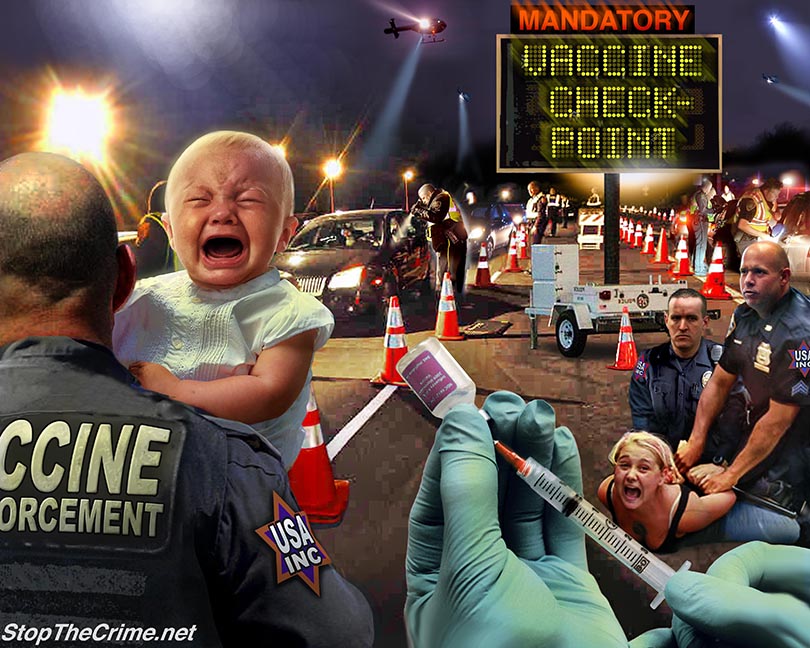 We must stand up and alert the public! This is unconstitutional! We should have the right to opt out!

Does the state own our bodies? Whats next? The RFID? We want to hear your comments on this, let us know what you think!