Facebook attacks anyone who EXPOSES Israeli atrocities of 911, ISIS and Holocaust Hoax 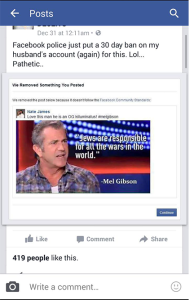 The image removal and ban placed on the account was screen shot and re-uploaded on facebook through friends accounts to make sure that this wasn’t just a proprietary offense. To hundreds and thousands of others they were also shocked at the level of censorship taking place which is seen posted above in a private group.

A personal friend and fellow journalist who founded “Smoloko.com” is a contributor on our facebook page. He has also had his facebook page “Smoloko” completely removed by facebook without reason or justification. He has filed an appeal but has gotten no official response from facebook. 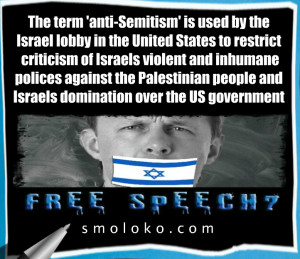 Clearly the NSA “Prism Program” operating under the guise of facebook corporation seems to have a clear political agenda that they pushing. They are acting as a gatekeeper of the “Freedom of Information Act” and are silencing any that push or advocate TRUTHFUL journalism while allowing the promotion of pornography, pedophilia, violence, racial wars against dark ethnicities, religious war undertones against Christians and Muslims, allowing the recruitment and propaganda of NATO western backed ISIS terrorism to thrive in the United States and abroad. 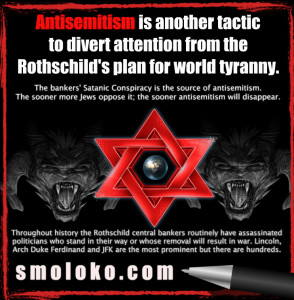 Little do these clandestine operations of the FBI, CIA, MOSSAD, HASBARA, MI6 know, we are all onto their intelligence electronic assaults and over invasive surveillance on our computers and personal devices.

WE WILL NOT BE BULLIED INTO SILENCE! WE WILL EXPOSE YOUR ILLEGAL OPERATIONS! WE ARE UNITED AGAINST ALL TERRORISM AND WILL EXPOSE ALL ENEMIES FOREIGN OR DOMESTIC ENGAGING IN ZIONIST IDEOLOGIES WITHIN OUR RESPECTIVE CORPORATIONS MASQUERADING AS GOVERNMENTS.

Those of us running independent media blogs or websites exposing the greater Anglo-Israeli New World Order Cult Agenda are being flagged and electronically assaulted by ZOG’s (Zionist Occupied Governments). Many of us are being followed routinely and harassed both verbally and electronically.

This is not remotely to a select a few us living in our mothers basements, this happening to hundreds if not thousands of others who are highly educated successful people working in both privatized and public arenas. We are all waking up collectively to the hive mind or cloud of free information. As another fellow journalist has wrote below… 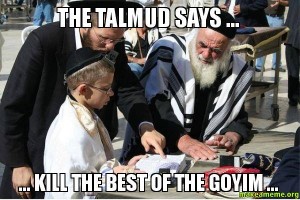 “Israel” is a totally illegitimate entity. It is an insanely racist place, the land was stolen outright, and the plan is to make Jerusalem the seat of a tyrannical jewish world government.

UNCENSORED: Interview with Jews in Israel, say that all gentiles are beasts and that God made them to serve the Goyim. A page straight out of the Protocols of Zion! 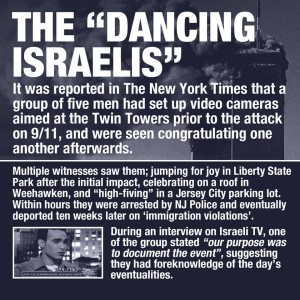 The “holocaust” story is a complete fabrication, created by the international banking mob which if totally jewish. 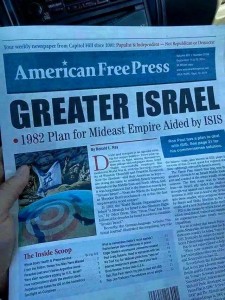