While we work for a brighter future we must stay vigilant and well informed.

While celebrity gossip and reality TV can be entertaining they won’t help us plan for a sustainable future. These stories are pushed in our faces to distract us from the reality of the criminal activity taking place by the powers that be. Don’t fight your thirst for truth and great journalism.

Here are 10 notable stories that the mainstream media largely ignored because it did not serve the interests of the global elite.

This conflict has been going on for decades but the mainstream media decided to not report on it, again. Since the 1960s, it is estimated that 500,000 people have died in this conflict, most of which are indigenous populations.

2. ISIS Being Funded by Western Actors

It is known that Saudi Arabia supplies weapons and supplies to ISIS groups yet the US made an arms deal for over $1 billion with Saudi Arabia. Adding fuel to the unsustainable fire that is the military-industrial-complex. Also, it has recently surfaced that many ISIS oil tankers have been seen freely going into Turkey raising concerns about Turkey’s (a NATO member) involvement with ISIS. If Turkey is aiding ISIS as they are believed to be it is one of the biggest geopolitical issues in the past few decades. The mainstream media has ignored all of this.

This act was quietly passed with opposition from many. Again, no major reports on this.

4. The Methane Leak in California

It is being called the worst disaster since the BP spill in the Gulf. “This is, indeed, the biggest environmental catastrophe since the BP Deepwater Horizon oil rig exploded in the Gulf of Mexico in 2010; and for now, there is no way to stop it” (Films for Action). This and the burning of the forests in Indonesia are two of the biggest environmental catastrophes of the year that are receiving little air time from the media.

These trade deals are set to be the biggest corporate power grabs in history. Any media attention? Of course not, the corporations that want these “trade deals” are the same ones that own the media outlets. These deals would take away millions of workers’ rights, favor corporate law in many developing countries, and undermine the human rights of many more. The Earth cannot sustain this corporate greed.

It’s hard being a big private bank these days. Ongoing awareness of the role that Goldman Sachs played in the Greek debt crisis; that Greek voters said no to Europe’s harsh austerity demands; recent revelations of unreasonably high fees and interest rates for lending to municipalities, and the role of big banks in the Baltimore crisis and Detroit bankruptcy all suggest that irresponsible finance ruins millions of lives.

In the US, they give corrupt CEOs and thug bankers raises, not jail sentences. In Iceland, they decided to take a different path. They were tired of the corruption from the banking system and took action. Although the sentences were not too long, it is a movement in the right direction. Did this make breaking news headlines on the mainstream media? Not exactly.

8. The Missing and Murdered Indigenous Girls in Canada

Another ongoing issue that was ignored in 2015. By no means did it start in 2015 but it was still ignored.

9. The Crimes of Saudi Princes and How Their Money Bought Their Freedom

From rape, sexual assault, and drug smuggling, these thugs got away with a lot this year. The justice seems to be controlled by the theme of “guilty until proven wealthy.” More issues brushed aside by the media.

10. Erik Prince and His Business of Death

As the founder of Blackwater, a private mercenary group, Mr. Prince had a lot of business in the Middle East. He helped kill countless civilians while making billions of dollars in the process. Now, he carries out neo-colonial work in Africa for China.

Some of the stories featured above may have touched some mainstream outlets but weren’t featured as main headlines that caught the attention of large co All pushed deep into the archives. 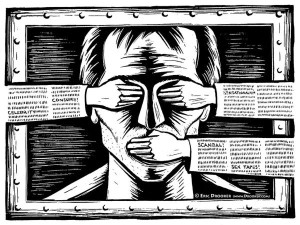