Lake of the Ozarks Terrorist Threat?

There is a growing concern for Lake of the Ozarks residents, as Black Hawk helicopters are flying overhead daily terracing the area looking for strange activity. Bagwell Dam is a tourist hot spot which also happens to hold back all of the water in the 85 mile square lake in central Missouri. 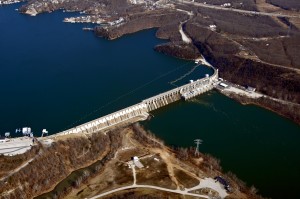 Lately, this popular destination has made headlines in the Drudge Report as well as Fox News in light of recent events in the surrounding area with regards to strange incidents of the bulk cell phone purchases at a nearby Wal-Marts and stolen propane tanks in Kansas City and St. Louis.

A manager from a near by Four Seasons Lodge describes his conversation with a federal investigator on his personal facebook. He mentions a scenario of what would happen if Truman Dam or Bagwell Dam was compromised, saying that the force of water “would essentially cut the country in half from Mid-Missouri down to the gulf.” 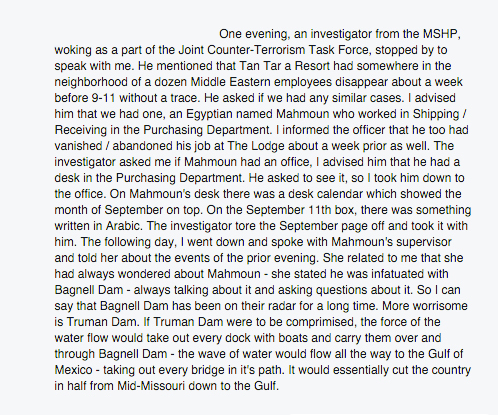 Other reports indicate a threat from ISIS to an Air-Force Colonel who is a Missouri native, but no actionable intelligence has indicated an immediate threat to the dam or surrounding community.

If you have any information about this story please share it with us in the comments!