Sovereign Citizens of the World.

We have seen a numerous amount of disinformation reports coming from mainstream news sources like the Guardian supporting tweets from twitter accounts such as Operation KKK saying that the paste bin release of police, pastors, and politicians is false. This is highly orchestrated propaganda meant to divide, confuse, and make the general public ignore our initial release of information due to lack of credibility. 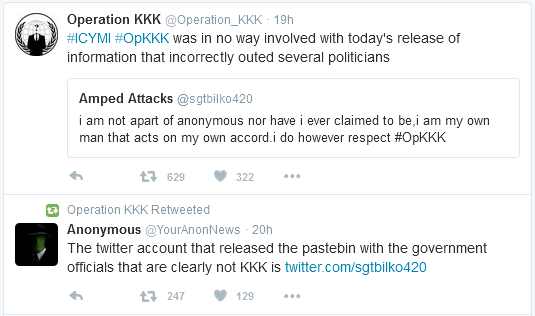 Use your collective minds to sort out these false reports.

How did this Anonymous twitter account gain 35k followers with only 256 tweets? How did they suddenly rise into existence to shape our movement and call shots for ALL OF US? Seems highly illogical that they can have so many followers in a short period of time and are the only ones containing the identities of the KKK members. 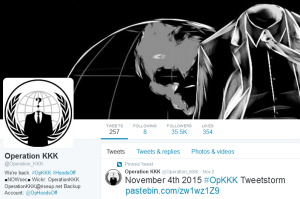 Any information from Operation KKK should be highly scrutinized at this point and cross referenced with other anonymous sources in the movement. Their logo or seal is highly suspicious. The real heavy hitters of the anonymous movement do not use the official seal suit and missing head.

Here is an explanation of why…

The seal is way that the CIA, NSA, IDF, MOSSAD and other secret intelligence clandestine operations differentiate controlled operatives who are trying to control or hijack the movement for the global citizens new world order push. The “Laurel Wreath” around the represents Roman Federal Architecture. If you have done your research you would know that all roads lead back to Rome and the Vatican

In Roman History a solider was garnished with “The Wreath of Service” to represent commitment to program and unit service.

If you study your symbols you will know that this is correct. Don’t take our words for it! Investigate!

Here are the tweets that have created the mainstream media narrative to discredit the paste bin release and the true players of the anonymous movement. 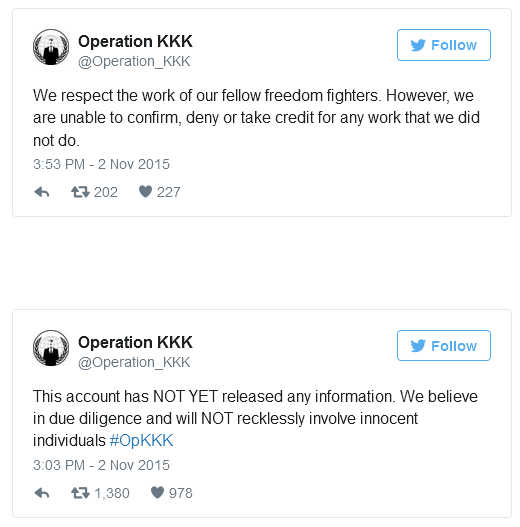 “We respect the work of our fellow freedom fighters,” Operation KKK tweeted 20 minutes later. “However, we are unable to confirm, deny or take credit for any work that we did not do.”

The incorrect information appears to originate from a Twitter account with the name “@sgtbilko420”, which also claimed to be behind a denial of service attack that allegedly took down, among other sites, the website KKK.com on 31 October. On 29 October, he or she tweeted a disclaimer that said that they were not part of Anonymous, though they respected Operation KKK.

This missive was later retweeted from the Operation KKK account with a further disclaimer after the information leaked by the @sgtbilko420 account turned out to be fake.

When the organizations and groups listed in the Pastebin data dump were contacted for comment on their alleged membership with the white supremacy group, confusion was the first response.

“You have reached the general contact email address for the Nuclear Threat Initiative, a non-profit organization working to reduce the threats from weapons of mass destruction and disruption,” Cathy Gwin, senior director of communications of the nonprofit, wrote to the Guardian.

“I have no idea why this email address would be on such a list,” she added.

At the University of Illinois archives department, staff interviewed immediately thought that some of their prior research was a flag for the hackers when aggregating the data, leading them to include their archives department on the list.

“What I believe could [provide] context here is that back in the early 20th century there was a small student group that adopted the name Ku Klux Klan,” said archivist William Maher at the University of Illinois, who was listed in the published phone numbers, told the Guardian.

“Five or six years ago we did some research to find more about this group. We prepared a FAQ they posted on the website,” he said. “Maybe they found it and put two and two together and got six.”

Maher denied any affiliation with the Klan and even pointed out that the student group he mentioned had no formal ties to the group either.

Anonymous is in the midst of an ongoing cyber-war which the group has been waging since a local Missouri chapter of the KKK distributed flyers during November 2014 threatening violence against activists protesting in Ferguson. The flyers warned protesters in Ferguson that they had “awakened a sleeping giant”.

A press release posted online on 27 October announcing the release of membership information stated: “After closely observing so many of you for so very long, we feel confident that applying transparency to your organizational cells is the right, just, appropriate and only course of action.

“You made a clear and ever present enemy of Anonymous when you threatened the lives of protesters and the men and women representing Anonymous on the ground in Ferguson, Missouri, in November of 2014,” the release said.

An unnamed representative from the Traditionalist American Knights was the only Klan-specific email address to respond to requests for comment and was unfazed by the attempted attack done by Anonymous.

“The only sad part of the story is that they can put people’s names out as being KKK who have never had anything to do with it,” the TAK representative wrote in an email to the Guardian.

“And some people will actually believe it because they saw it on the internet.” 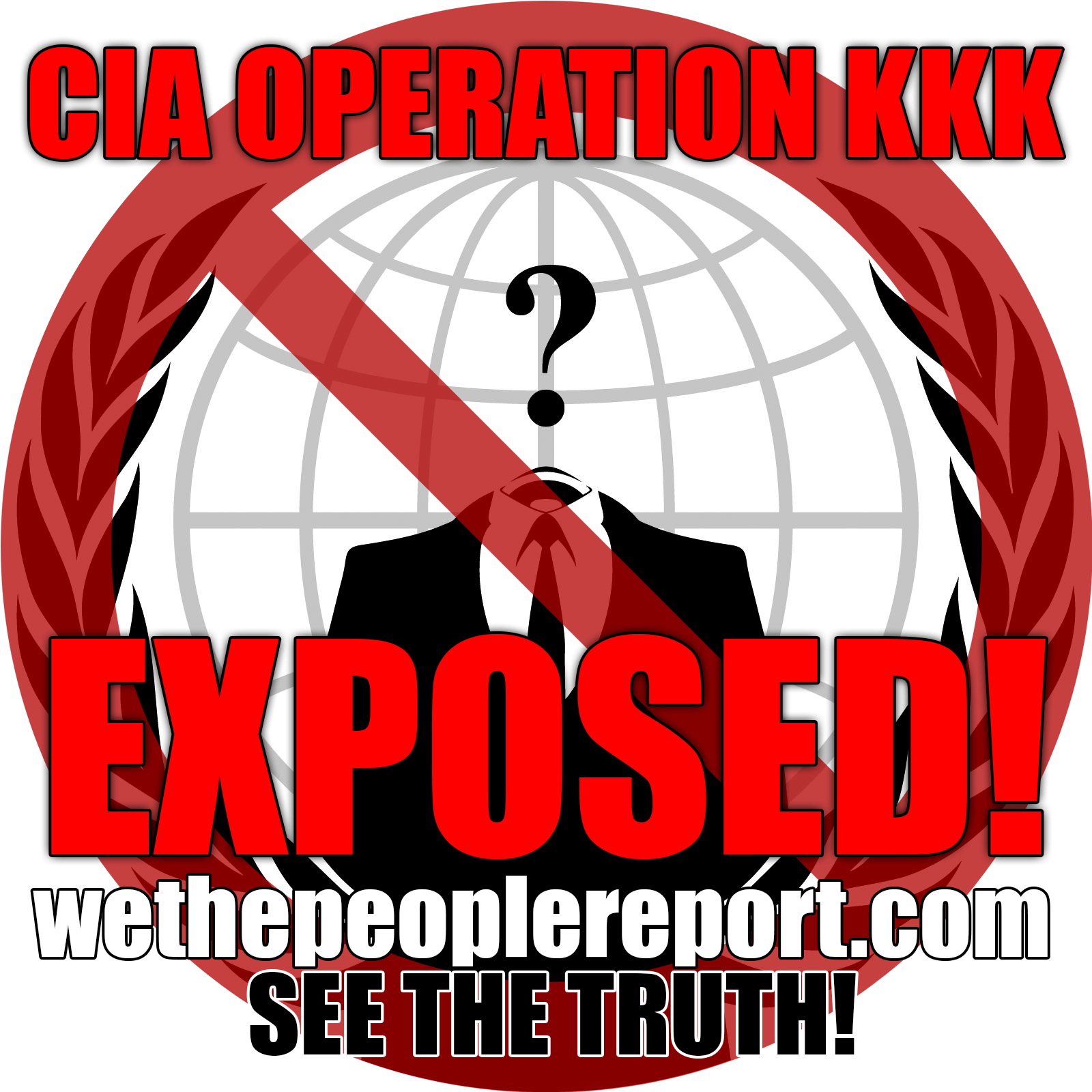