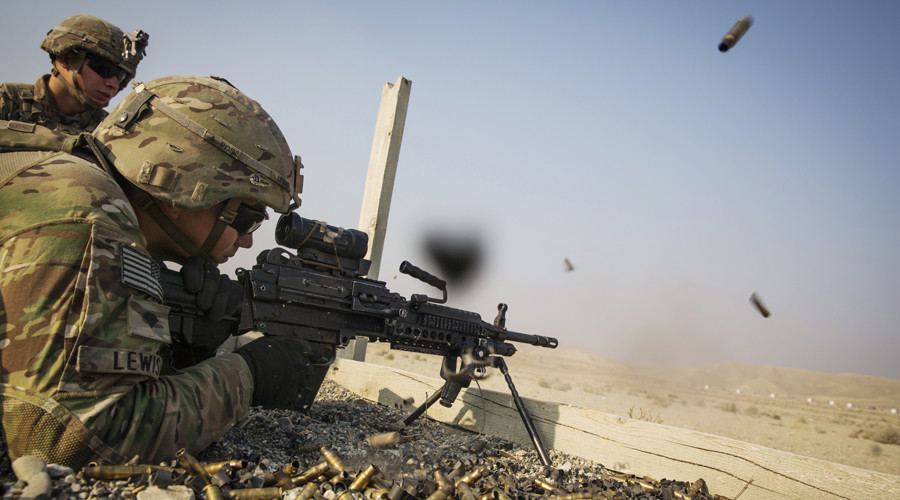 With a deadline fast approaching, President Barack Obama signed the latest National Defense Authorization Act to fund the Pentagon in 2017 into law Friday, according to ranking members of the House Armed Services Committee. 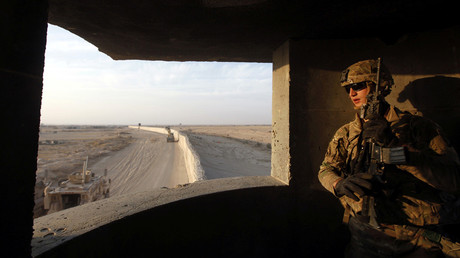 Congress passed the military funding bill on December 14, leaving a deadline of December 26 for Obama to sign or veto the legislation. The president chose to sign, rather than let it become law without his signature.

The House Armed Services Committee confirmed the news via Twitter.

The $619 billion bill not only overspends what the Obama administration requested by more than $3 billion, it also increases troop numbers at least 23,000 more than what the White House wanted.

President Obama released a lengthy statement Friday, highlighting portions of the legislation he supports and reluctantly authorized. Among them, he mentioned provisions that put the US cyber command as a fully separate combat command.

“Although I appreciate the Congress’s interest in strengthening our Nation’s cyber capabilities and ensuring that the NSA and CYBERCOM are best positioned to confront the array of cyber threats we face,” Obama said, “I do not support these provisions as drafted: the Congress should leave decisions about the establishment of combatant commands to the executive branch and should not place unnecessary and bureaucratic administrative burdens and conditions on ending the dual-hat arrangement at a time when the speed and nature of cyber threats requires agility in making decisions about how best to organize and manage the Nation’s cyber capabilities.”

US and anti-US propaganda

Without naming the controversial “Countering Foreign Propaganda and Disinformation Act,” which was introduced by Senator Rob Portman (R-Ohio) before being placed in the 2017 NDAA, Obama mentioned it in generally favorable terms. Critics point to the law authorizing grants in order to track anti-US propaganda as a form of the US government itself pushing propaganda on its own domestic population, in the guise of highlighting so-called fake news.

“My Administration,” Obama wrote, “strongly supports the bill’s structural reform of the Broadcasting Board of Governors (BBG), which streamlines BBG operations and reduces inefficiencies, while retaining the longstanding statutory firewall, protecting against interference with and maintaining the professional independence of the agency’s journalists and broadcasters and thus their credibility as sources of independent news and information.”

The Guantanamo Bay detention center was one of the primary issues addressed on Friday by the president, who reprimanded Congress for again passing “unwarranted and counterproductive” restrictions on detainee transfers and denying the Obama administration the ability to appropriate funds to close the facility.

The president also expressed discontent with “section 1263(d) [which] purports to require me to determine whether a foreign person has committed a sanctionable human rights violation when I receive a request to do so from certain members of Congress.”

“I will maintain my discretion to decline to act on such requests when appropriate,” Obama added, citing the Constitution’s separation of powers doctrine. This individual sanctions provision is scheduled to sunset in 2023.

Additionally, the 2017 NDAA allows Syrian rebels vetted by US intelligence to receive Man-Portable Air Defense Systems (MANPADS), requiring the Pentagon and the State Department to file extensive documentation with Congress, including details of the weaponry provided, the recipient’s location and the intelligence assessment, including “a description of the alignment of such element within the broader conflict in Syria.” The report would need to include a justification for supplying the MANPADs, “including an explanation of the purpose and expected employment of such systems.”

The new law also increases military aid to the Kiev government to $350 million, up $50 million from the last authorization.

“We appreciate the bicameral and bipartisan support in the US Congress for Ukraine in our fight against the ongoing Russian aggression,” Ukraine’s embassy in Washington said after Congress passed the NDAA earlier this month.